The Psychologists Protection Society Trust is pleased to announce two CPD events which will be held before and after our AGM on the Evening of Friday 1st November 2019 at the University of Strathclyde Technology and Innovation Centre, 99 George St, Glasgow G1 1RD. These will be hosted by our special guest speakers – Dr Robert Watson and Ann Moulds.

Registration for delegates attending the event starts at 5.00pm. The first CPD event on Therapeutic Ruptures with Dr Robert Watson starts at 5.15pm and finishes at 6.15pm.

PPS Members attending this CPD event are invited to stay on for our AGM. Refreshments will be provided.

Our second CPD event Stalking and Mental Health Professionals: An Occupational Hazard with Ann Moulds will start following the refreshment break at 8.15pm.

Decades of psychotherapy research demonstrates that the therapeutic relationship is fundamental to good outcomes in any therapy. Yet problems and ruptures to the therapeutic relationship are common and stressful, and they can present challenges to therapists across all levels of experience.  This presentation will focus on therapist factors associated with the successful repair of ruptures in the therapeutic alliance and those which impede it.  I will draw on the consensus from the research literature and my own clinical and supervisory experience to outline helpful therapist responses to tensions in the alliance, and unhelpful or counter-productive therapist responses to problems in the therapeutic alliance.  I will reflect on the ways in which the therapist’s relationship to their vulnerable side can affect the rupture repair process.   In this presentation I will:

Dr Watson is also running a separate workshop the day before in Glasgow on the subject – “How to Run a Successful Private Practice – All You Need to Know”.  Click here to find out more 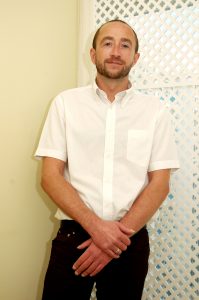 I qualified as a Clinical Psychologist in 2001.  I have extensive experience in public and private settings working with clients with complex psychological presentations. I am an accredited Cognitive Analytic Therapist and Supervisor, and I am currently the vice-chair of the Association for Cognitive Analytic Therapy UK. I worked in the NHS in adult mental health and sexual health/HIV services, helping people with a wide range of mental and sexual health problems.  I worked to a senior level in the profession, managing services and training and supervising others.

Looking back now, I can see how unprepared I was when I first qualified as a Clinical Psychologist for dealing with problems in the alliance. It was one of my key reasons to undertake training in Cognitive Analytic Therapy first as a therapist and later as a supervisor – a relational model that focuses on understanding and revising unhelpful and limiting patterns of relating both outside and inside the consulting room. The therapeutic relationship, and how as therapists we understand and try to negotiate it, has been one of my lifelong clinical interests over the last seventeen years. I have been fortunate to write and teach about it and supervise doctoral research on the subject.  Since 2018 I have been running the following workshop: “Understanding and resolving ruptures in the therapeutic relationship: a practical clinical skills workshop”.  Previous recipients have included the West London Mental Health Trust Personality Disorder Service and the Association for Cognitive Analytic Therapy CPD program.  Details of this and other workshops that I run are available at www.become-psychology-london.co.uk

Stalking is a prevalent issue that cuts across all domains of society. The impact of stalking on its victims  can often hold long term devastating psychological consequences  and in some case lead to physical violence, It is a crime that is often underreported  both in the general population and in clinical settings.

Research shows mental health professionals have a higher risk of being stalked than the general population.  The stalking can start for a variety of reasons.  The  patients/client stalker may be driven by  resentment at what they perceive as inadequate or unreasonable treatment or it could be triggered by the ending of the therapeutic relationship,   whilst other may stalk out of amorous interest.  It is not uncommon for ex partners of victims to turn their unwanted attention to the mental health professional.

It is important mental health professional have an understanding of the risks involved in working with victims and those  inherent in their therapeutic activities. 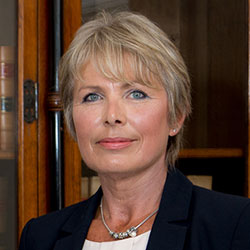 Ann’s professional background is in Psychology and Clinical Behavioural Psychotherapy, training and development. In 2009 she launched her award winning campaign Action Scotland Against Stalking (ASAS) with the overall aim of having stalking recognised as a specific criminal offence within Scottish law and to give the victim an identity and a voice.

Campaign Action Scotland quickly became a national and international campaign, and over the past five years Ann and her team have contributed to some major breakthroughs – most notably the introduction of the  ‘Offence of Stalking’ sec 39 Criminal Justice & Licensing (Scotland) Act 2010) The introduction of stalking into the Council of Europe’s European Convention to combat Violence Against Women and Domestic Violence and in March 2012, England & Wales introduced two new offences of stalking into the Protection of Freedoms Act, 2012.

Ann has presented as a key speaker at conferences and seminars across the country and on the European platform and is committed to providing high quality training to police, criminal justice professionals, government funded bodies, educational institutions and victim support agencies across Scotland as well as on the international stage.

For PPS Members Only who wish to either Attend the AGM and / or CPD Event at the venue in person or to Watch It Online.

For Non PPS Members who wish to watch the CPD Events Online.

Click here to return to the Glasgow 2019 CPD & AGM Homepage